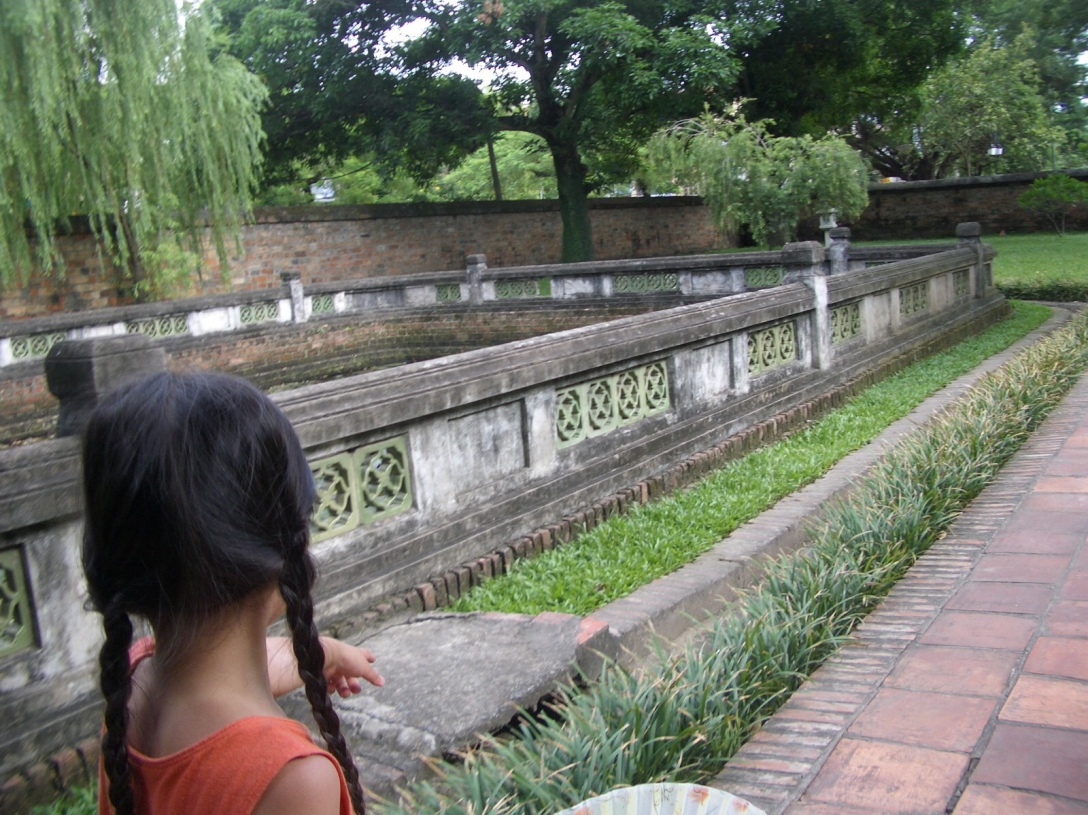 No thunder. No rain. No storm.

In Saskatchewan, they say the tornado warning has been”lifted” – to a heavy metal tune. Phantom weather here in Edmonton this late evening of July 23, 2019.

Somewhere across the time zones, it is early morning in the People’s Republic of China.

You have something on your mind. But you watch the news about the thugs hired to beat up the Hong Kong democracy demonstrators, many tens of thousands throng in the streets. And elsewhere, the people gather – for instance, in …. and …., etc. The revolutionary zeal of millions of human beings maps onto many corners of the world while authoritarian ignoramuses ascend the thrones.

Meanwhile, you write some screed about JWR’s new book set to be published before the next federal election, an admirable woman, but the campaign over time shrinks to a feather in the cap of the hideous Republican light or heavy Scheer Cons who register on the psyche as the underpinning of a car abandoned last century.
You refuse to be the settler antiracist anticolonial pin cushion.
Speak out.
Risk the wrath.

You lodge a bloggish complaint against Elizabeth May who reasserts what we fear – that the Cons are a party for coalitioning. Or is it the verb ”to coalesce” with the Green Party?

Why do I loathe these federal women who are campaigning officially and unofficially? Something about how their stars align to set in motion a hideous encore to populist conservative rule federally. Surely Doug Ford and Jason Kenney and the rest of the pasty-faced white boy premiers are enough of a nightmare parade through your imagination.

Truth be told I am irritable and don’t care much about anything at the moment. Denunciation operates like a valve. This mother’s psyche is extra-exiled when your daughter tells you she is stopping over in Shanghai airport to sleep etc. for fifteen hours in the middle of the night. One stage in a 35–hour-flight. Only $760 Canadian from Vancouver to Kuhala Lumpur allez retour, she says, but clarifies that next time she will double check the duration.

Luckily you have good memories of your journeys to Asia with your daughter for months at a time. She was a small child but tells me those travels make her contemporary journey seem possible, familiar even. I remember our adventurous bus rides under the rock falls of Tiger Leaping Gorge. I reassure you, mine is not the nervous gasp of a home body.

OK. Tonight You are the mother whose mouth is stuck open wide as a jam jar. (I try to be mysterious now that I am 68, but truly, nothing but the helicoptering woman with nothing better to do dresses in my closet.)

Newly retired. She deserves some time on her hands.

On the Chinese WhatsApp, her daughter explains – she cannot remain overnight in the security section of the airport. So she goes through the Chinese security gates to hang out somewhere where you imagine no light shines. No visa. She tells you MacDonald’s closes down for the night at the Pudong International Airport in Shanghai and as much as you loathe the prick Donald and the culture of deadly fast food, you had hoped against hope that some slimy home to a lot of bad carbohydrates would remain a humble abode for your treasured child. You google “Sleeping at the Shanghai Airport” and learn about all night Burger Kings and Starbucks.

But that is rumour. And not to be.

About 11 pm her time, about 13 hours earlier your time, your daughter disappears into the maw of non-communication for many hours and you find yourself twitching uncontrollably. You reach for another glass of wine – thus this ramble.

(Remember you were once 20 and incommunicado near Mopti, Mali, your passport stolen. In a military regime with check stops you are immobilized for months at a time.

This virtual silence means nothing now.

It is hot tonight. You sweat. On the couch, your bare legs stretch towards Beijing.

There is no doubt she has been kidnapped.

Somewhere in the near future, a time when you have had an opportunity to lose ten pounds through anguish, you imagine you hear her voice recovered for the first time. The CBC tone chimes with a special low timbre.

Your resurrected daughter is interviewed by the person who will replace Anna Maria Tremonte – or perhaps Anna Maria returns just for this pivotal interview. It is difficult to anticipate the precise character of the radio hum. Your daughter will explain her six months she spends in solitary confinement in the hideous prison – lights on at all time. No opportunity for a window, no plein air, she observes. She is well enough. Released.

As her mother, you can see through the radio waves, she has emerged much lighter (not quite ten pounds – but she is tiny already. Will she thrive?)

You are sceptical of what will come.

OK, so let’s just imagine, she has been arrested. And you beat yourself up for imagining this catastrophe when so much more suffering occurs elsewhere every day.

You think: this is such a stupid fantasy.

Imagine the bad world press if the PRC decided to incarcerate such a fine young woman, a Chinese adoptee who lived the last 20.5 years in a homely Canadian home. Single mother. Professor. No scandals to speak of. The Chinese ideogram for double happiness firmly planted on your shared front door jamb. You reassure yourself.

You return in your mind again to your own youthful world trip Just long enough in 1972 at 20 to know that this was no dress rehearsal. That trip ended: kidnapped in Casablanca. Raped in Dakar.

Surely your daughter in 2019 will not have been kidnapped. For gawd’s sake – what kind of diplomatic secrets does she hold.

Ten hours with no word from Shanghai.
Waiting.

So I wash the windows. Move a lot of boxes of things around. Fluff up all manner of objects. Listen deeply to a classical CD, then jazz. A Netflix film. And you remember nothing.

Eat half a package of Girl Guide cookies, the kind you don’t like, but the young girl at the door had no change and only mint. What was the point in imagining this was a sales ploy to get rid of the cookie dregs? You consume mindlessly.

In the middle of this malaise, sometime around three in the afternoon, now four in the mourning (“morning” – a gloomy typo, slip of the tongue) the next day Shanghai time, a neighbour comes over to ask about the big house next door. She has a big house next to her a block away – two skinnies, she says. And then she advises that her house is built on the property line and I imagine her house sinking like a stone into the pit dug out where the 100-year-old spruce tree was. The one the rich contractor dug out, pounding incessantly as though the earth’s mantel itself shrugged with disbelief. A settling in for third generation settlers.

No universal echoing stone goes unturned on this day of displacement. You live already elsewhere.

Evening now. I dream of water. Fast moving and clear. I wish I could feel the hand hold of a river. Today some of my girlfriends, settler and Indigenous, are paddling the North Saskatchewan River in an act of reconciliation. I didn’t pass muster for the gathering.

Was it because I am retired? My pathetic voice speaks.

Suddenly I become old to myself in the mirror.

“Grandmotherly” to others.
What does that mean? I resent this unwelcome too intimate chronological reordering of being.

Or perhaps it is a consequence of having skipped the weekly decolonizing feminist spirituality gatherings. It is true. I rationalize: the invitations were off the cuff, informal. And I treated them as such.

I like to smudge but spiritual long skirts appeal as much as the women’s liberation goddess worship in the 1970s or the gnostic gospels of the 1980s or the revisionist feminist spiritual gatherings of 1990 or 2000 or 2010. I can only suspend my disbelief as far as … well, you get the picture.

I will have to paddle my own canoe.

I thumb my fingers on the table. I dust off something. I have a second bath. Very hot. A lot of bubbles. Can I shoot these into my veins for some relief? The living room is dark now. I sit in the house contemplating whatever encounters stand in for social life and still I think about the Shanghai airport and marvel unenthusiastically about how hysterical I am.

What springs to mind is a tonic of sorts. The face of a beloved former student. And the aged parents of said former student, both classical opera singers in Guandong, the same southern Chinese province where your daughter was born. Or perhaps it was just your friend’s mother who sprang to mind. In any case, after many visits here, over decades, this very spring, these beloved parents of this beloved former student decided against a visit to Canada for the first time ever. Too much local news in China after the Chinese state kidnapping of Canadian citizens, a business man and a former diplomat. They still languish imprisoned there. And not to mention, the newly revised death sentence against a Canadian citizen convicted of drug trafficking. How do they plan state murder? On this side of the Pacific, Canada has been duped by Trump’s America to hold hostage a billionaire’s daughter. She can’t skip Vancouver town and hangs out at her luxury home. A domestic prison in this era of Trump diplomacy – if you can call it that.

Too many bootless rumours now circulate in China about Canada potentially kidnapping visiting Chinese nationals. The aging parents feared they might be kidnapped by Canada were they to visit their beloved daughter’s family here. In this operatic new world order, hysteria seems a reasonable response.

Suppressing desperation, I text my daughter on WhatsApp, the number she had in Malaysia, & no answer. Her original Canadian number. No answer. I text her on facebook – (blocked in China, of course, my daughter will inform me . What an idiot I am, I tell myself.)

And finally she just plain texts me 10 hours after her arrival at the Pudong International Airport in the People’s Republic of China. I feel reassured when I glance at her old Canadian phone number, the green lozenge-shaped emoji smiling at me – a tonic.

What could go wrong? Could there be any safer place in the world where your daughter could camp out for the night than in the Shanghai Pudong International Airport?

You know the answer.

I walk in the garden and empty out soggy pots. My friend finds a dead bird floating in the over-used rain barrel – a desolate soggy memory of fluff, a baby robin.

Was that the death I anticipated.