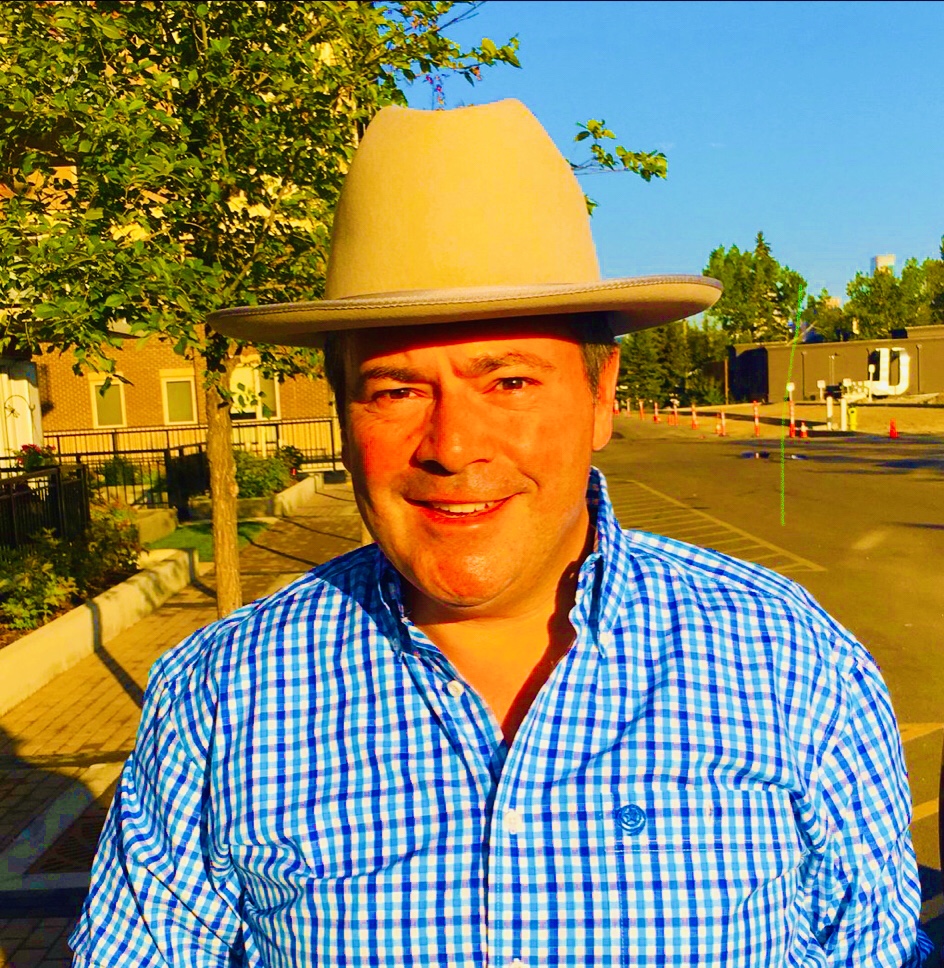 (Bloggers are advised to categorize the Scotch bonnet pepper under “activism”.)

Today I made a delicious vegetarian curry for friends who were returning from their first day at school during a pandemic. The children, their parents, and I shared the curry on their front patio. Socially distancing, of course, especially since Jason Kenney, Premier of Alberta, had just boasted the UCP didn’t spend money to protect the children from the COVID-19 pandemic.

Why? you ask. We have our hunches.

At our impromptu outdoor dinner, the basmati rice and the recipe’s delicious curry flavours of cauliflower, red and yellow peppers, tomatoes, turmeric, garlic, onions, cumin, thirty fresh curry leaves, coconut milk, and black mustard seeds were supplemented with a chopped Thai chilli, and a Scotch bonnet chilli, the latter purchased on Saturday at the wonderful Edmonton Downtown Farmers’ Market. The pepper itself hails from Jamaica and South America (see the map and text below.)

At the market, the Leduc farm vendor looked at me strangely as I dropped two Scotch bonnets into my bag. He might have known I would underestimate the impact of these tiny yellow treasures. Today, one of them burned its way into our being. A friend would later advise you wear gloves and a hazmat suit while chopping these squat infernos.

Unfortunately, I did not seek out this sage advice in advance of dining en plain air this evening. One friend noted painfully he inadvertently scratched his ear after sprinkling the fiery bonnet on his curry. That was a regrettable error: the interior of his ear began to burn. I was unable to provide a remedy.

After visiting with my friends (socially distanced) for an hour or so, I drove across town to return home where I tidied up the kitchen. This was accomplished without attending to the fact I had chopped the inferno bonnet on the counter.

As I type these words, my hands are now wide awake with fiery sensations that appear to promote my fingers as boxing glove size.

One social media expert who fell victim to the Scotch bonnet advises sleeping with your hands in a bucket of ice water and replenishing the ice upon awakening A friend in Australia recommends milk as a remedy for a Scotch bonnet burn. I will milk my hands, so to speak.

That will inhibit him from speaking or thinking of any new nasty plots. Plus the agony of the fiery pepper will compensate somewhat for the ongoing suffering he is prescribing daily for Albertans.

Jason Kenney is the second least popular premier in Canada today but he is not registering low enough for my taste. He should be ranking as low as the sidewalk after a summer rainstorm — something inhabited by a worm or a slug.

Alternatively, after the Scotch bonnet treatment, he might be no greater in size than miniature pesky fleas or the like that flit about a beloved dog’s back.

In other words, something you swat.

A short history of the Scotch bonnet

While I have your attention, this is the history of the Scotch bonnet pepper courtesy of Bill Esparza and the late Anthony Bourdain’s television series Parts Unknown:

“The Scotch bonnet earned its colonial name for its likeness to a tam-o’-shanter, but the tasty and fiery pepper can trace its roots to the lowland jungles of the western Amazon basin in what is now called Brazil. The designation of the hot pepper derives from another mistake by Columbus, who thought that chilies were the hot peppercorns found in Asia. Scotch bonnets are as hot as habaneros but have a sweeter profile, making them ideal as a base for Jamaican dishes like jerk barbecue, ackee and saltfish, pepper pot soup, and curries.

The original explorers of the Antilles, the Taino and later the Caribs, transported Scotch bonnets and other staples such as cassava as well as animals on huge canoes that could hold between 50 and 70 people at a time. Both of these Arawakan subgroups originated in the Orinoco River Valley in what is present-day Venezuela. The Taino from the Yucatán Peninsula and Belize were pioneers in traveling to Cuba, and they took a variety of chilies with them. Jamaica’s spicy culinary symbol belongs to a breed of chilies known as Capsicum chinense, a less popular species than Capsicum annuum yet belonging to the most punishing and caustic genus of chilies known to man. This includes the Carolina Reaper; Bhut jolokia, or ghost pepper; the Trinidad scorpion; and the habanero, pride of the Yucatecan kitchen and where Mexicans choose to tap out. ¡No más!

Current evidence dates the cultivation of Capsicum annuum in Mexico and Central America to around 7500 B.C., but wild peppers spread from South America throughout the Americas by way of bird droppings until Arawak-speaking peoples introduced them to the Caribbean islands. The Arawak arrived in two waves: The first took place around A.D. 650; the second occurred in 850 and 900, moving up the Antilles and subjugating the Ciboney on islands like Cuba. The people from the Orinoco River Valley brought chili peppers and barabicu, the Arawakan word for what you might expect: pit cooking over an open fire.”

(Apologies for the infantile humour here. But I am so thoroughly disgusted with the Albertan government I cannot initiate a serious conversation at the moment or I will fall into the pit of despond.)